Just over a half-century old, this introduction to language and languages is still worthwhile. Leer comentario completo

Lancelot Hogben--a prolific British writer on topics as diverse as science, history, and politics--was born in Southsea, England, in 1895. Hogben was educated at Cambridge as a biologist, but never limited himself to a single field of inquiry. He is best remembered for his many books for adults and children that attempted to make math and science available to popular audiences. In Mathematics for a Million (1936) and Science for a Citizen (1938), Hogben offered adult readers detailed and readable texts on difficult subjects. His many books for children include First Great Inventions (1950) and Before Science Began (1970). One of Hogben's most ambitious projects emerged rather accidentally; in 1940, he and his daughter were trapped in Oslo, Norway, by the German invasion. The best plan Hogben could devise to return home to England was by making a 20,000-mile detour through Sweden, Russia, Siberia, Japan, and the United States--a journey he details in Author in Transit, a travelogue complete with commentary on politics, culture, science, and history. Hogben's academic career included stints at universities in England, Scotland, Canada, South Africa, and Guyana. He died in 1975. 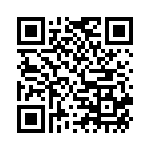