DOUGLAS E. COWAN is Assistant Professor of Religious Studies and Sociology at the University of Missouri, Kansas City. He is the co-editor of Religion on the Internet: Research Prospects and Promises. 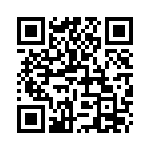