This massive meditation on the Conquest and its effect on imaginations, moralities and all related matters pertaining to worlds both New and Old hit me like a cinder block. I recall going to Day's ... Leer comentario completo

This is an extended dream, more or less working on a biography of Charles V of Spain and the Holy Roman Emperor. We meet his master huntsman, and enabler, Guzman, and Tiberius, the roman emperor ... Leer comentario completo

Carlos Fuentes was born in Panama on November 11, 1928. He studied law at the National University of Mexico and did graduate work at the Institute des Hautes Etudes in Switzerland. He entered Mexico's diplomatic service and wrote in his spare time. His first novel, Where the Air Is Clear, was published in 1958. His other works include The Death of Artemio Cruz, Destiny and Desire, and Vlad. The Old Gringo was later adapted as a film starring Gregory Peck and Jane Fonda in 1989. He won numerous awards including the Fuentes the Romulo Gallegos Prize in Venezuela for Terra Nostra, the National Order of Merit in France, the Cervantes Prize in 1987, and Spain's Prince of Asturias Award for literature in 1994. He also wrote essays, short stories, screenplays, and political nonfiction. In addition to writing, he taught at numerous universities, including Columbia, Harvard, Princeton, and Brown. He served as the ambassador of Mexico to France. He died on May 15, 2012 at the age of 83.

One of the foremost contemporary Czech writers, Kundera is a novelist, poet, and playwright. His play The Keeper of the Keys, produced in Czechoslovakia in 1962, has long been performed in a dozen countries. His first novel, The Joke (1967), is a biting satire on the political atmosphere in Czechoslovakia in the 1950s. It tells the story of a young Communist whose life is ruined because of a minor indiscretion: writing a postcard to his girlfriend in which he mocks her political fervor.The Joke has been translated into a dozen languages and was made into a film, which Kundera wrote and directed. His novel Life Is Elsewhere won the 1973 Prix de Medicis for the best foreign novel. Kundera has been living in France since 1975. His books, for a long time suppressed in his native country, are once again published.The Unbearable Lightness of Being (1984), won him international fame and was a successful English-language film. In this work Kundera moves toward more universal and philosophically tinged themes, thus transforming himself from a political dissident into a writer of international significance.

Margaret Sayers Peden received a bachelor's degree in 1948, a master's degree in 1963, and doctorate degree in 1966 from the University of Missouri. She was a professor of Spanish at the University of Missouri until her retirement in 1989. She is a translator. Emilio Carballido's The Norther (El Norte) became her first published translation in 1970. She has translated 65 books including works by Pablo Neruda, Isabel Allende, Claribel Alegría, Carlos Fuentes, Octavio Paz, and Cesar Vallejo. She has received several awards including the 2010 Lewis Galantiere Translation Prize for her translation of Fernando de Rojas' La Celestina and the 2012 Ralph Manheim Medal for Translation, which is awarded in recognition of a lifetime achievement in the field of literary translation. 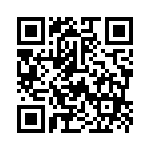