There is nothing like a Dane!: the lighter side of Hamlet

Clive Francis is well-known as an actor as well as a caricaturist. He has made over a hundred television appearances, while his London stage career began in 1966 with There's a Girl in My Soup. He performed in a large number of shows in London's West End, including Graham Greene's The Return of AJ Raffles, Somerset Maugham's The Circle, Simon Gray's The Rear Column, Sheridan's The School of Scandal, Noel Coward's Look after Lulu, Michael Frayn's Benefactors, Joe Orton's What the Butler Saw and Alan Bennett's Single Spies. He joined Alan Ayckbourn's company at London's National Theatre in 1986 and was Scrooge for two years running in the Royal Shakespeare Company's A Christmas Carol.

Clive Francis has been caricaturing professionally since 1983 and has had seven solo exhibitions including three at the National Theatre. He has designed a number of posters and book covers, including two for Alec Guinness and two for John Gielgud. 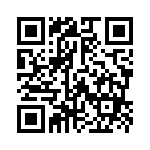