Frederick Doveton Nichols (1911--1995) was Cary D. Langhorne Professor of Architecture at the University of Virginia. Ralph E. Griswold (1894--1981) was a Fellow of the American Society of Landscape Architects. 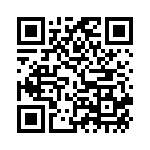