James L. Golden, Professor Emeritus of Communication at Ohio State University, served as Chair of the Department from 1975 through 1983. Currently he is Visiting Professor of Communication Studies at Emerson College. Among the books he has co-authored are The Rhetoric of Black Americans (1971), Practical Reasoning in Human Affairs (1986), and The Rhetoric of Western Thought, 4th ed. (1989).

Edward P. J. Corbett, Professor of English at Ohio State University, is author or editor of 14 books, including Classical Rhetoric for the Modern Student, 3rd ed. (1990), The Little English Handbook, 5th ed. (1987), and Selected Essays of Edward P. J. Corbett (1989). In 1986, he received both the Ohio State Distinguished Scholar Award and the NCTE Distinguished Service Award and in 1989 was named Rhetorician of the Year at the Young Rhetoricians' Conference. 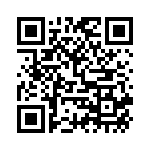