Jonathan I. Israel is Professor of Dutch History and Institutions at University College London. He has written extensively on Dutch, Jewish, and Spanish history and in 1986 was joint winner of the Wolfson prize for History for his "European Jewry in the Age of Mercantilism" (1550- 1750) (1985). David S. Katz is Professor in Tel-Aviv University in Israel. Publications: "Philo-Semitism and the Readmission of the Jews to England, 1603-1655" (1982) and "Sabbath and Sectarianism in Seventeenth-Century England" (Brill, 1988) 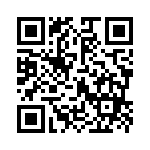