Little is known about the life of Euclid, an important Greek mathematician. He lived at Alexandria, in the time of the first Ptolemy, 323-283 B.C. He was the founder of a school of mathematics there. Euclid's compilation of the major results of ancient geometry in a comprehensive axiomatic framework remains a classic and easily the most influential scientific work of all time. Beginning with definitions, axioms, and postulates, the Elements deduces hundreds of general theorems about plane and solid geometry, including the famous Pythagorean theorem. It is claimed that, when asked by King Ptolemy if he could make his solutions easier to follow, Euclid said, "There is no royal road to geometry," In 1570, Sir Henry Billingsley first translated the Elements into English.

David Gregory is the author of several books including the New York Times bestseller Dinner with a Perfect Stranger and Christy Award finalist The Last Christian. David earned masters degrees from Dallas Theological Seminary and the University of North Texas. He now writes full time and lives in the Pacific Northwest. 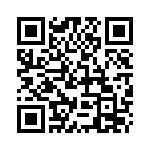