Página 102
is a symbol of sin , for that sin died in Christ to live no more , but in an
incorruptible and glorious body . When He was born of the Virgin , He was born
without sin , for God was His Father , but since He was born of a mother capable
of suffering ...
Página 125
Progressing from sin to sin , they eventually arrived at that evil state in which ,
having their Life before them , they chose ... 23 Sabinus : Was it in punishment for
their sins that God spoke to the Jews in parables and did they fail to understand ...
Página 265
Since He possessed the remedy for all sins of all times and all men , even for
those who are not now just but could be so ... it was proper that all kinds of sin -
original sin , personal sin , sins of thought , word , and deed , sins of the present
and ... 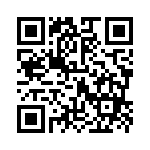