PŠgina 79
One such group, concentrated in the Saxon town of Zwickau,” close to Bohemia,
and led by the cloth manufacturer Nicolaus Storch,” was joined by a local
Lutheran preacher and former Leipzig student, Thomas MŁnzer." This man—
whom ...
PŠgina 100
In the ecclesiastical and social sphere, MŁnzer aspired to establish a Kingdom of
God, for the particular benefit of 'the humble people, so brave, so poor, so
wretched', who have such a 'thirst for the Word of God'. Convinced of his mission,
...
PŠgina 106
Thomas MŁnzer, God's servant against the sinners.” For a moment on the point of
surrender, the Catholic and Protestant princes rallied. On 15 May, MŁnzer's little
army was crushed at Frankenhausen in Thuringia;” MŁnzer himself was tortured
... 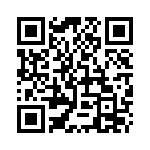