Adrian Rogers (1931-2005) was one of America's most respected Bible teachers, communicating to millions through his Love Worth Finding radio and television ministry that continues today. He was also senior pastor of the 27,000-member Bellevue Baptist Church near Memphis, Tennessee, and a popular author whose books include What Every Christian Ought to Know and The Incredible Power of Kingdom Authority.

Zig Ziglar was born Hilary Hinton Ziglar in Gary, Indiana on November 6, 1926. During World War II, he enrolled in a Navy college training program but did not graduate. After a long career as a salesman, he decided that the product he sold best was his own energy and optimism. He began speaking to sales groups in the 1950s, but did not become a full-time motivational speaker until the early 1970s. He worked as a motivational speaker for more than 40 years. He also wrote more than 25 books including See You at the Top, Top Performance: How to Develop Excellence in Yourself and Others, Selling 101: What Every Successful Sales Professional Needs to Know, and Born to Win: Find Your Success Code. He died of pneumonia on November 28, 2012 at the age of 86. 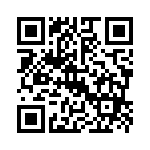