Página 76
... and falls of water , was so wonderfully delightful , that it charmed our senses , and intoxicated our minds with pleasure . ... that it was hard to say , whether it gave greater delight or perplexity to those who travelled in it .
Página 85
I must confess , that universal clap , and other testimonies of applause , with which I was received at my first appearance in the theatre of Great Britain , gave me as sensible a delight , as the above - mentioned reception could give ...
Página 316
To delight in seeing men stabbed , poisoned , racked , or impaled , is certainly the sign of a cruel temper ; and as this is often practised before the British audience , several French critics , who think these are grate- ful ... 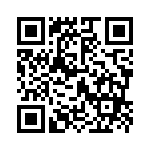