Awesome
That was the best poetry book ever

Pįgina 304 - Dilke on various subjects; several things dove-tailed in my mind, and at once it struck me what quality went to form a Man of Achievement, especially in Literature, and which Shakespeare possessed so enormously— I mean Negative Capability, that is, when a man is capable of being in uncertainties, mysteries, doubts, without any irritable reaching after fact and reason...
Aparece en 1180 libros desde 1837-2008
Pįgina 138 - But now afflictions bow me down to earth: Nor care I that they rob me of my mirth; But oh! each visitation Suspends what nature gave me at my birth, My shaping spirit of Imagination.
Aparece en 531 libros desde 1817-2008
Mįs
Pįgina 84 - It may be safely affirmed that there neither is, nor can be, any essential difference between the language of prose and metrical composition.
Aparece en 451 libros desde 1802-2008
Pįgina 89 - Nor less I deem that there are Powers Which of themselves our minds impress ; That we can feed this mind of ours In a wise passiveness.
Aparece en 767 libros desde 1798-2007
Pįgina 84 - I have said that poetry is the spontaneous overflow of powerful feelings: it takes its origin from emotion recollected in tranquillity...
Aparece en 499 libros desde 1800-2007
Pįgina 84 - I hoped, might be of some use to ascertain, how far, by fitting to metrical arrangement a selection of the real language of men in a state of vivid sensation, that sort of pleasure and that quantity of pleasure may be imparted, which a Poet may rationally endeavour to impart.
Aparece en 322 libros desde 1800-2008
Pįgina 156 - Give glory to the Lord your God, before he cause darkness, and before your feet stumble upon the dark mountains, and, while ye look for light, he turn it into the shadow of death, and make it gross darkness.
Aparece en 486 libros desde 1717-2008
Pįgina 40 - Whether in Heaven ye wander fair, Or the green corners of the earth, Or the blue regions of the air, Where the melodious winds have birth; Whether on crystal rocks ye rove, Beneath the bosom of the sea Wandering in many a coral grove Fair Nine, forsaking Poetry! How have you left the ancient love That bards of old enjoyed in you! The languid strings do scarcely move! The sound is forced, the notes are few!
Aparece en 232 libros desde 1830-2008
Pįgina 306 - A poet is the most unpoetical of anything in existence, because he has no Identity — he is continually in for and filling some other body.
Aparece en 442 libros desde 1826-2007
Pįgina 138 - My shaping spirit of Imagination. For not to think of what I needs must feel, But to be still and patient, all I can; And haply by abstruse research to steal From my own nature all the natural man This was my sole resource, my only plan: Till that which suits a part infects the whole, And now is almost grown the habit of my soul.
Aparece en 459 libros desde 1817-2007
Menos

Arthur William Symons was born on February 28, 1965 in Wales. He was a British poet, magzine editor and critic. In 1884 - 1886 he edited four of Bernard Quaritch's Shakespeare Quarto Facsimiles, and in 1888 -1889 seven plays of the "Henry Irving" Shakespeare. His major editorial feat was his work with the short-lived Savoy. His first volume of verse, Days and Nights (1889), consisted of dramatic monologues. His later verse is influenced by a close study of modern French writers, of Charles Baudelaire, and especially of Paul Verlaine. He reflects French tendencies both in the subject-matter and style of his poems.. Symons contributed poems and essays to The Yellow Book, including an important piece which was later expanded into The Symbolist Movement in Literature, which would have a major influence on William Butler Yeats and T. S. Eliot. From late 1895 through 1896 he edited, along with Aubrey Beardsley, The Savoy, a literary magazine. Noteworthy contributors included Yeats, George Bernard Shaw, and Joseph Conrad. Symons was also a member of the Rhymer's Club founded by Yeats in 1890. In 1892, The Minister's Call, Symons's first play, was produced by the Independent Theatre Society - A Private Club. Arthur Symons passed away in January 1945. 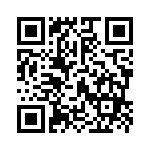