The Book Of Psalms
One of the most beautiful, inspirational and deep longing to be with Lord Jesus. I pray the Psalms as did King David and his son Solomon, whom, also contributed to the writings of the Book of Psalms, such as the Song of Songs. Proverbs is the Book filled with God's wisdom and Psalms is filled with the Lord's Prayers. I love Him so very much more than life itself. Thank you Father for your WORD, THE HOLY BIBLE. I LOVE YOU. DIONE. I WISH THAT I COULD WRITE A PSALM TO LORD JESUS SHOWING MY LOVE FOR HIM. 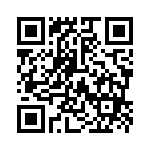