Página 38
... of this eternal generation of our Jesus , we shall con . sider , 1 . The thing
begotten ; 2 . The time ; 3 . The manner of begetting ; 4 . The mutual kindness and
love of him that begets , and of him that is begotten , which brings forth a third
person ...
Página 57
Not Christ personal , I mean not Christ ' s person singly considered ; for that , 1 .
Would fight with the scope of Paul , whose bent it is to prove the promise of
eternal life to be made to all believers ; And that , 2 . Would conclude the promise
of ...
Página 174
... wherein the nature of man , that would have been a person in itself , if it had
been left to itself , is drawn into the unity of the divine person , and subsisteth in it
, being prevented from subsisting in itself , by this personal union and assumption
.
Página 175
left to itself , it would have had , and it becomes one with the person ; for now it is
not in , and for itself , but hath got a new relation of dependence and being in
another . But you will say , All the creatures in the world have their being in God ...
Página 176
Observe the passages ; he in whom that fulness dwells is the person ; that
fulness which doth so dwell in him , is the nature : now , there dwells in him not
only the fulness of the Godhead , but the fulness of the manhood also : for we be .
lieve ...
Siguiente » 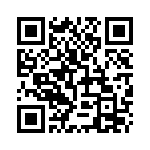