Página 73 - You shall love your neighbor and hate your enemy." But I say to you, Love your enemies and pray for those who persecute you, so that you may be sons of your Father who is in heaven; for he makes his sun rise on the evil and on the good, and sends rain on the just and on the unjust.
Aparece en 998 libros desde 1796-2008
Página 84 - Art Thou He that cometh or look we for another? And Jesus answered and said unto them, Go your way and tell John the things which ye do hear and see : the blind receive their sight and the lame walk, the lepers are cleansed and the deaf hear, and the dead are raised up and the poor have good tidings preached to them : and blessed is he whosoever shall find none occasion of stumbling in Me.
Aparece en 633 libros desde 1803-2008
Más
Página 68 - No one can serve two masters; for either he will hate the one and love the other, or he will be devoted to the one and despise the other. You cannot serve God and mammon.
Aparece en 1057 libros desde 1810-2009
Página 49 - Whoever then relaxes one of the least of these commandments and teaches men so, shall be called least in the kingdom of heaven; but he who does them and teaches them shall be called great in the kingdom of heaven.
Aparece en 438 libros desde 1808-2008
Página 58 - Do not judge, and you will not be judged. Do not condemn, and you will not be condemned. Forgive, and you will be forgiven.
Aparece en 519 libros desde 1836-2008
Página 15 - Your mother and your brothers are outside, asking for you." And he replied, "Who are my mother and my brothers?" And looking around on those who sat about him, he said, "Here are my mother and my brothers! Whoever does the will of God is my brother, and sister, and mother.
Aparece en 617 libros desde 1899-2008
Página 11 - Now his parents went to Jerusalem every year at the feast of the passover. And when he was twelve years old, they went up to Jerusalem after the custom of the feast.
Aparece en 799 libros desde 1755-2008
Página 30 - And from the days of John the Baptist until now, the kingdom of heaven suffereth violence, and the violent take it by force. For all the prophets and the law prophesied until John. And if ye will receive it, this is Elias which was for to come. He that hath ears to hear, let him hear.
Aparece en 382 libros desde 1803-2008
Página 21 - Behold my servant, whom I uphold, My chosen in whom my soul delights; I have put my spirit upon him, he will bring forth justice to the nations.
Aparece en 527 libros desde 1833-2008
Página 76 - Make friends quickly with your accuser* while you are going with him to court* lest your accuser hand you over to the judge* and the judge to the guard* and you be put in prison; truly* I say to you* you will never get out till you have paid the last penny. "You have heard that it was said* 'You shall not commit adultery.
Aparece en 122 libros desde 1946-2008
Menos

David Flusser (1917?2000) was professor of earlyChristianity and Second Temple Judaism at the HebrewUniversity of Jerusalem, a member of the Israel Academy ofSciences and Humanities, and a recipient of the nationalIsrael Prize in 1980 for his academic achievements. Hisbest-known book, Jesus, has been translated intoeleven languages and is now in its fourth edition under thetitle The Sage from Galilee (Eerdmans). 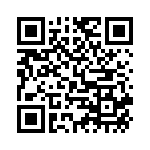