Back in the times when an “s” was printed in form that more resembled the letter “f”, Robert Lowth began his English Grammar Preface with “The English Language hath been much cultivated during the last two hundred years. It has been considerably polished and refined; its bounds have been greatly enlarged; its energy, variety, richness, and elegance, have been abundantly proved by numberless trials, in verse and in prose, upon all subjects, and in every kind of style: but whatever other improvements it may have received, it hath made no advances in Grammatical accuracy” (xi). As with other older English-language works, this will be almost alien in the minds of 21st century readers, yet that is its exact value. Spelling, and fashion of constructing thoughts, may have changed somewhat noticeably since then, but when reading writings nearer to Lowth’s time, this helps the reader become much more comfortable in gleaning knowledge that is still usable and good from such a time before our current days.
Lowth, Robert. Short Introduction to English Grammar. London: Millar, 1763. http://books.google.com/books/reader?id=tqgifS7RsAkC.

Página 29 - Of law there can be no less acknowledged, than that her seat is the bosom of God, her voice the harmony of the world ; all things in heaven and earth do her homage, the very least as feeling her care, and the greatest as not exempted from her power...
Aparece en 953 libros desde 1708-2008
Página 177 - Bring forth therefore fruits worthy of repentance, and begin not to say within yourselves, We have Abraham to our father: for I say unto you, That God is able of these stones to raise up children unto Abraham.
Aparece en 359 libros desde 1701-2007
Más
Página 177 - And the same John had his raiment of camel's hair, and a leathern girdle about his loins ; and his meat was locusts and wild honey.
Aparece en 857 libros desde 1701-2008
Página 17 - Did not we cast three men bound into the midst of the fire ? They answered and said unto the king, True, O king. He answered and said, Lo, I see four men loose, walking in the midst of the fire, and they have no hurt; and the form of the fourth is like the Son of God.
Aparece en 718 libros desde 1749-2008
Página 177 - Annas and Caiaphas being the high priests, the word of God came unto John the son of Zacharias in the wilderness.
Aparece en 466 libros desde 1763-2008
Página 177 - John answered, saying unto them all, I indeed baptize you with water; but one mightier than I cometh, the latchet of whose shoes I am not worthy to unloose : he shall baptize you with the Holy Ghost and with fire...
Aparece en 369 libros desde 1701-2007
Página 124 - Did Hezekiah king of Judah and all Judah put him at all to death? did he not fear the LORD, and besought the LORD, and the LORD repented him of the evil which he had pronounced against them ? Thus might we procure great evil against our souls.
Aparece en 128 libros desde 1735-2007
Página 155 - Either how canst thou say to thy brother, Brother, let me pull out the mote that is in thine eye, when thou thyself beholdest not the beam that is in thine own eye ? Thou hypocrite, cast out first the beam out of thine own eye, and then shalt thou see clearly to pull out the mote that is in thy brother's eye.
Aparece en 386 libros desde 1701-2008
Página 135 - Enoch also, the seventh from Adam, prophesied of these, saying: Behold, the Lord cometh with ten thousand of his saints, to execute judgment upon all, and to convince all that are ungodly among them of all their ungodly deeds which they have ungodly committed and of all their hard speeches which ungodly sinners have spoken against him.
Aparece en 934 libros desde 1660-2008
Página 120 - God, by whose providence Thy servant John Baptist was wonderfully born, and sent to prepare the way of Thy Son our Saviour, by preaching of repentance ; make us so to follow his doctrine and holy life, that we may truly repent according to his preaching ; and after his example constantly speak the truth, boldly rebuke vice, and patiently suffer for the truth's sake ; through Jesus Christ our Lord. Amen.
Aparece en 185 libros desde 1753-2006
Menos 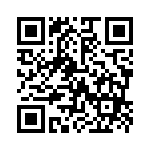