The work of Francois-Rene de Chateaubriand, writer and statesman, is a remarkable early example of romanticism in France. In his Essai Historique, Politique et Moral sur les Revolutions (1797), he took a stand as a mediator between royalist and revolutionary ideas and as a Rousseauistic freethinker in religion. Atala, ou les Amours de Deux Sauvages dans le Desert (1801) is memorable for its lush descriptions of nature and of the United States. The poetic Genie du Christianisme, ou les Beautes de la Religion Chretienne (1802), appeals to the emotions rather than to reason and tries to show that all progress and goodness stemmed from the Christian religion. Rene, a short novel that is largely autobiographical, is taken from this work. Chateaubriand's autobiographical Memoires d'Outre-tombe (Memoirs from Beyond the Grave) posthumously published in 1849 is considered by many critics to be his masterpiece. A selection under the title Memoirs of Chateaubriand was translated and edited by Robert Baldick in 1961 but is currently out of print. 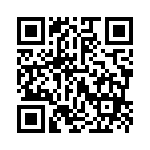