This book has already effected some changes in the way i think about God's word. Thus the power behind holding on to the promises made to men of old and to us as well. I am applying it in every aspect ... Leer comentario completo

I am in the process of reading the book in preparation for a sermon on "Promises to Pastors" to be delivered Nov. 12th at the SC Baptist Pastor's Conference. It is very helpful so far and I'm sure will give more help as I continue and finish. Leer comentario completo

Dr. Herbert Lockyer was born in London in 1886, and held pastorates in Scotland and England for 25 years before coming to the United States in 1935. In 1937 he received the honorary Doctor of Divinity degree from Northwestern Evangelical Seminary. In 1955 he returned to England where he lived for many years. He then returned to the United States where he continued to devote time to the writing ministry until his death in November of 1984. 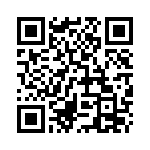