A native of Portsmouth, New Hampshire, Thomas Bailey Aldrich lived during a time of great change in American literature. His literary conservatism and his resistance to the harsher outlooks of realism in part account for the neglect of him today. Nevertheless, his poetry and fiction were popular during his day, and he was a conscientious craftsman. At 16 he went to work in his uncle's New York countinghouse, but he spent his free time reading and writing poetry. His first published works, the sentimental "Ballad of Babie Bell" and The Bells (1855), a volume of verse, brought him immediate fame. He then devoted himself to literature. He became the editor of the weekly magazine, Every Saturday, and eventually of the prestigious Atlantic Monthly from 1881 to 1890. His mature lyrics were less sentimental than his early work, though he continued to follow the classical conventions of romantic poetry. His best short stories, particularly those collected in Marjorie Daw and Other Stories (1873) and Two Bites at a Cherry, with Other Tales (1894), show his use of regional local color, but his romantic plots rely on humor rather than realism for their appeal. Aldrich's first novel, The Story of a Bad Boy (1870), was unique in its depiction not of a "bad boy" but of a "natural boy," a type that anticipated Mark Twain's Tom Sawyer. Aldrich's other novels, although popular, were not as successful. Even as he foresaw the change in literary taste that would doom his own reputation, he remained steadfast in preferring the pleasant to the realistic, the conventional to the modern. 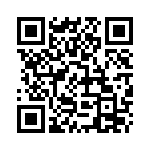