Página 242
Jesus [aid unto his Disciples, There was a certain rich Man-, who had, a Steward,
and the fame was accused unto him, that he ... IN this Gospel for the Bay we are
presented with the Parable of the Master and the unjust Steward ; in which are ...
Página 243
their proportion •, for he hath not made them Owners or Proprietors, but only
Stewards and Dispensers of his Blessings, to be dispos'd of according to his Will
and Direction ... But what did this unjust Steward when he was turn'd out of
Service ?
Página 244
Why, the next words tell us, that the Lord commended the unjust Stewards
because he had done wisely ; for the Children of this World are wiser in their
Generation than the Children of Light: Not that he lik'd his Dishonesty or
Unfaithfulness, ...
Página 245
That which the Master here commends, is not the Injustice, but the Wit and
Forecast of this unjust Steward, his dextrous projecting a way for his future
Subsistence, and laying a Scheme to help himself in time of Necessity ., this is
that wherein ...
Página 247
But to keep to the Instance here in the Parable : how provident and forecasting
was this unjust Steward, to take care for his future Subsistence* when he found
his Office dropping from him, and his Service like to fail ? How careful was he for
a ... 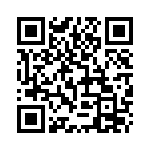