This definitive biography of Cayce is drawn from his own writings, the words of his closest associates and family, as well as quotes from the press. Through all of his life, Cayce was a devout ... Leer comentario completo

My life as a seer: the lost memoirs

Cayce enthusiasts and those interested in psychic phenomena in general will find a treasure in these republished memoirs. A well-known psychic who did what were called "readings" (primarily diagnosing ... Leer comentario completo

Edgar Cayce grew up in poverty and achieved only an eighth-grade education. By the time he was a teenager he was able to memorize an entire book simply by placing it near his head when he slept. As an adult, Cayce discovered that while in a trance he could diagnose illnesses. His medical readings, which were years ahead of their time, have been proven to be 90 percent accurate. His abilities helped him become a world-renowned psychic. 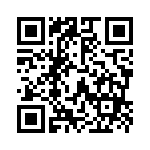