CAROL K. REDMOND, University of Pittsburgh, Pittsburgh, Pennsylvania, USA
Carol Redmond earned an M.S. and Sc.D. in Biostatistics from the University of Pittsburgh. She has been a faculty member at the University of Pittsburgh Graduate School of Public Health since 1967 and served as Professor and Chairperson of the Department of Biostatistics from 1983 through 1996. She is presently Distinguished Service Professor and Vice Dean for Academic Affairs at the Graduate School of Public Health. From 1978 to 1994 she was the Founding Director of the Biostatistical Center for the National Surgical Adjuvant Breast and Bowel Project (NSABP), a cooperative clinical trial group that has conducted landmark randomized multicenter clinical trials for treatment and prevention of breast cancer. She has authored or co-authored more than 160 articles in biostatistical or biomedical publications. She is a previous member of the Editorial Boards for Statistics in Medicine and the Journal of Clinical Oncology. Dr. Redmond has been the recipient of a number of awards and honors including election as a Fellow of the American Statistical Association and the American College of Epidemiology. She has served as elected chair of the Statistics Section of the American Public Health Association and is currently President-Elect of the Biometric Society (Eastern North American Region) and a member of the Executive Committee of the International Society for Clinical Biostatistics. She has also participated in numerous peer review groups, advisory panels, and data monitoring committees for government and private agencies, including several of the National Institutes of Health, the Department of Veterans Affairs, and the Centers for Disease Control.

THEODORE COLTON, Boston University, Boston, Massachusetts, USA
Theodore Colton earned an M.S. in Statistics from the University of North Carolina and an Sc.D. in Biostatistics from Johns Hopkins School of Hygiene and Public Health. He has held faculty positions at Harvard Medical School, Dartmouth Medical School, and Boston University School of Public Health where he is currently Professor and Chair of the Department of Epidemiology and Biostatistics. He was twice the recipient of fellowship awards, from the National Science Foundation and the National Institutes of Health, for study at the London School of Hygiene and Tropical Medicine. He was one of the founding editors in 1981 of the Wiley Journal Statistics in Medicine and has served as editor through 1997, nurturing the growth of the journal from 381 pages in four issues in 1982 to 2972 pages in twenty-four issues in 1997. He is author of the textbook, Statistics in Medicine. Dr. Colton has served as a member of the Editorial Board of the New England Journal of Medicine and has been a biostatistical consultant to the editors of the Journal of the American Medical Association. He is a fellow of the American Statistical Association, the American College of Epidemiology, and the American Association for the Advancement of Science and he has served as president of Biometrics (Eastern North-American Region) and the Statistics Section of the American Public Health Association. He has served and continues to serve on numerous advisory committees and peer review groups for governmental agencies including the National Institutes of Health, the Centers for Disease Control, and the Department of Veterans Affairs. 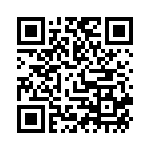