Página 7
... the men of the world , irreligious persons , profane and idolatrous ; which
distinction took place before the flood , and perhaps as early as the times of Enos
. Enoch is the only person in this period besides , who is taken notice of for the
grace ...
Página 8
And Noah is the principal person taken notice of in it . His father , at his birth ,
thought there was something remarkable in him , and designed to be done by
him , and thus expressed himself ; This same shall confort us concerning our
work ...
Página 9
To which may be added , that if this covenant of preservation had not taken place
; but in : nkind had been now destroyed ; the covenant of grace would love been
made void , and of no effect ; since the promised Seed , the great bessing of that
...
Página 15
... sprinkled , passed by the houses in which the Israelites were , and left them
unhurt ; and hence the institution had the name of the passover . All which was
typical of Christ , who is the Lamb of God , without spot or blemish ; who was
taken ...
Página 17
... in his priestly office , prefigured him ; he was taken from among men , from
among his brethren , to offer gifts and sacrifices for sin , and did not take this
honour to himself , but was called of God to it ; So Christ glorified not himself to be
made ...
Siguiente » 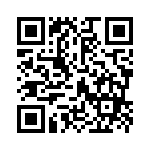